We would like to offer our sincere support to anyone coping with grief. Enter your email below for our complimentary daily grief messages. Messages run for up to one year and you can stop at any time. Your email will not be used for any other purpose.

Share a memory
Obituary & Services
Tribute Wall
Read more about the life story of James (Jim) and share your memory.

James Wayne Woody of Micaville, North Carolina, passed away on Thursday, January 5th after a brief illness. Jim, as he was known to friends and family, was 82 years old.

Jim was born on April 5, 1940 to Joe Andrew Woody and Ora B. Woody in Mitchell County. Almost all of Jim’s childhood was spent in the Rebels Creek Community and he was a 1958 graduate of Bowman High School. An outstanding high school basketball player, Jim played college basketball at Asheville-Biltmore College, the predecessor of the University of North Carolina at Asheville. After a career ending injury, Jim joined the United States Army and served his country with distinction, including a tour in Korea.

After returning home from the Armed Services, Jim married Norma Jean Biddix, and they had three children, Kathey Ann, Kristy Gayle, and James Malcolm. The family resided in the Rebels Creek Community on a farm raising beef cattle and growing tobacco. Jim worked in various jobs within the mining industry, and in the late 1970’s pursued a career in mine safety with the federal government. He graduated from the Mine Safety and Health Administration Academy in Beckley, West Virginia in 1979, and worked the MSHA offices in Macon, Georgia and Salisbury, North Carolina.

In 1986, Jim founded B & W Stone Company along with close family members Homer Boone, Paul Boone, and Tim Boone. From humble beginnings, they built and nurtured a business renown for quality in natural stone that continues to flourish at the time of this writing.

In January 1995, Jim lost his wife Norma, but was blessed to find love again, marrying June Wyatt in March of 1997. The two were inseparable and enjoyed many years of retirement together, most of which were spent in their prized RV. They especially loved to visit Crystal River, Florida during the winter months on West Fort Island Trail along the pristine springs and salt marshes of the gulf coast.

Jim had many interests. He loved watching his beloved Tarheels and Braves, nearly all forms of racing and antique cars, cooking – always experimenting by attempting to create just the right sauce or dry rub, and many other endeavors too many to list. He was an advanced storyteller and enjoyed a sharp memory of even the smallest details many years after an event. To sit and speak with him was akin to stepping back in time. Jim could take you back to the place where things happened making you feel as though you were there in the story. Until his final day, this ability never left him. Jim was a proud member of the Rebels Creek Baptist Church, where he was faithful in attendance and support. He absolutely loved his church family.

Jim was predeceased by his precious daughter Kristy, beloved wife, Norma, and parents – Joe and Ora. He is survived by his second wife, June, children, Kathey, Malcolm, stepson Steve, 9 grandchildren, and 5 great-grandchildren.

It was Jim’s desire to have one service, and true to those wishes, a grave-side service will be held at the Rebels Creek Cemetery on Wednesday, January 11, 2022, at 1pm. In lieu of flowers, the family requests donations be made to the Rebels Creek Baptist Church to be used to further the Kingdom of God & tell the world about Jesus Christ. Henline - Hughes Funeral Home is assisting the Woody Family.

To send flowers to the family or plant a tree in memory of James (Jim) Wayne Woody, please visit our floral store. 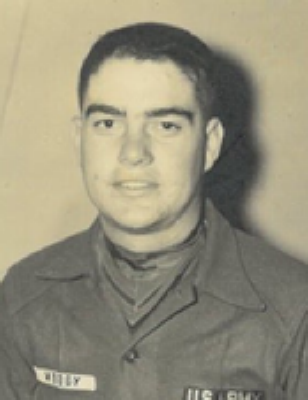 Look inside to read what others
have shared
Family and friends are coming together online to create a special keepsake. Every memory left on the online obituary will be automatically included in the book.

Look inside to read what others have shared

Family and friends are coming together online to create a special keepsake. Every memory left on the online obituary will be automatically included in the book.

You can still show your support by sending flowers directly to the family, or by planting a memorial tree in the memory of James (Jim) Wayne Woody
SHARE OBITUARY
© 2023 Henline - Hughes Funeral Home. All Rights Reserved. Funeral Home website by CFS & TA | Terms of Use | Privacy Policy | Accessibility