We would like to offer our sincere support to anyone coping with grief. Enter your email below for our complimentary daily grief messages. Messages run for up to one year and you can stop at any time. Your email will not be used for any other purpose.

Share a memory
Obituary & Services
Tribute Wall
Read more about the life story of David and share your memory.

David Ebright Wylie, age 78, passed away peacefully on Wednesday, December 21,2022, surrounded by his daughters, family and deeply cherished friends.  David is the son of the late Judson Ebright Wylie and Margaret Elder Wylie of Wayne County, Ohio.  He was a graduate of Northwestern High School in 1962.  He attended the Okaloosa Walton Junior College in Florida.  He then served in the US Army from 1967-1970 in Seiglesbach, Germany.  He later earned his accounting degree from the University of Mississippi followed by obtaining his CPA certification.  David Wylie moved to Mitchell County over 40 years ago as a tax manager for Brad Ragan, Inc. in Spruce Pine.  He later opened his own CPA practice in the Belk Building, now known as the Wylie Building.  David Wylie was an active member of Rotary and loved his community. He was a member of the First Presbyterian Church in Spruce Pine.  He is preceded in death by his parents, Judson and Margaret Wylie as well as his siblings, Robert Wylie of Dallax, Texas; Nancy Norman of Goldsboro, North Carolina; Susan Sauder of Harrisonburg, Virginia and Jeffrey Wylie of Virginia.  He is survived by his siblings, Tricia Cain of Buffalo, New York and Richard Wylie of Harrisonburg, Virginia as well as daughters, Emily Jane Harter of Morrisville, NC and Kathryn (Katie) Rebecca DeVizia of Raleigh, NC along with his grandchildren, Ruth Anne Harter, Noah David Harter, Isaac Daniel Harter, Sarah Eileen Harter, Gabriel Wylie DeVizia, Collin John DeVizia, Christian David DeVizia and Samuel Vincent DeVizia.  A memorial service will be held at 10 AM on Saturday, January 14th, 2023 at the First Presbyterian Church (970 Greenwood Road) followed by a friends and family visitation in the church Fellowship Hall.  David Wylie will be cremated and laid to rest with his parents in the Green Young Cemetery of Bakersville.  David Wylie loved the water, the mountains, his sailboat, travelling, his business, his clients, his co-workers, a good laugh, Duke basketball, the arts, his pets, a plate of biscuits and gravy, watching his grandchildren play, his daughters, his family and his community.  He always appreciated hard work and could see the goodness in others.  In lieu of flowers, we wish to continue his legacy and support for Mitchell County.  Therefore, it is encouraged any donations through churches, schools, the Arts, local businesses done in remembrance of David Wylie serve to reinvest in the community and reflect his love for Mitchell County.

To send flowers to the family or plant a tree in memory of David Wylie, please visit our floral store. 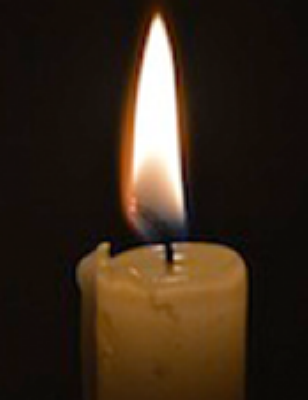 Look inside to read what others
have shared
Family and friends are coming together online to create a special keepsake. Every memory left on the online obituary will be automatically included in the book.

Look inside to read what others have shared

Family and friends are coming together online to create a special keepsake. Every memory left on the online obituary will be automatically included in the book.

You can still show your support by sending flowers directly to the family, or by planting a memorial tree in the memory of David Wylie